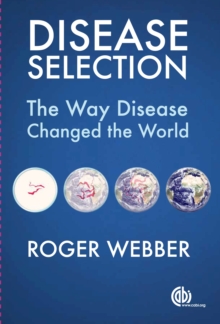 Diseases have had more influence on us than we realize.

They have taken a major role in making us humans and probably determine the way we run our lives.

They emerged with us from our ancestral home in Africa, to spread to the rest of the planet.

History is full of the great epidemics of plague, smallpox and anthrax, with the present catastrophe of HIV that is changing the demography of the world in a similar way to its predecessors.

We survived because of our genetic variation and immune system and it will be this that will save us again.

So fundamental has been the part that disease has played in the world that it has brought about change, just as much as has natural selection.

Actually disease has been another force, sometimes acting with natural selection but often in opposition.

It continues to have a far more profound effect on all of us than realized, selecting the course of the world just as much as nature has.