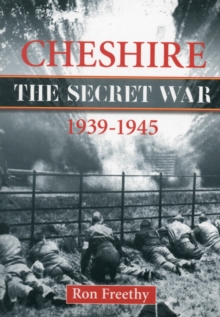 Part of the Local History series

In 1939 it was thought that, as a diversionary tactic, Germany might launch an attack on the coast-line of Cheshire from southern Ireland.

To back this up, it was expected that there might be multiple parachute landings across the county.

As plans to repel any assault were developed, invasion committees were set up and a covert army was formed made up of local shipyard workers, school teachers and postmen.

Underground hides were built and training was given in the servicing and firing of weapons including hand grenades.

Author Ron Freethy has talked to a great many of those who took part in covert operations and uses their first-hand accounts to tell the story.