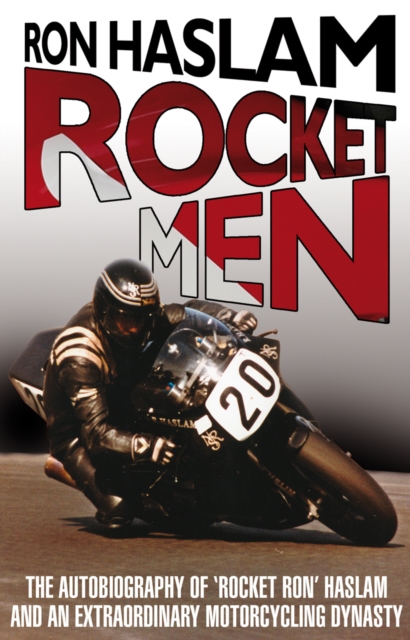 'Rocket' Ron Haslam started racing on the professional circuit in 1972 at the age of 15 and developed into one of the finest, and fastest, racers the UK has ever seen.

Winner of three World titles and four British championships, as well as a record six Macau GPs, he rode in more than 100 Grands Prix.

Despite tragically losing two of his brothers in motorbike accidents, Haslam kept on riding, setting speed records wherever he went. His son, Leon, the 'Pocket Rocket', is following in his father's extremely speedy footsteps.

A national Motorcross champion and national Scooter champion at the age of just 14, he became the youngest ever rider to compete in the 500cc World Championship and is now one of Britain's top racers, competing for Stiggy Honda in the World Superbike Championship. This is the extraordinary story of a father and a son who are addicted to motorbikes, with all the thrills and spills, miraculous escapes and multiple broken bones that involves.

Both colourful characters, their story takes us all the way from the 1970s to today and is full of hilarious high-octane derring-do, a cast of characters including legends like Fast Freddie Spencer and Barry Sheene, and nothing less than terrifying but exhilarating adventure.