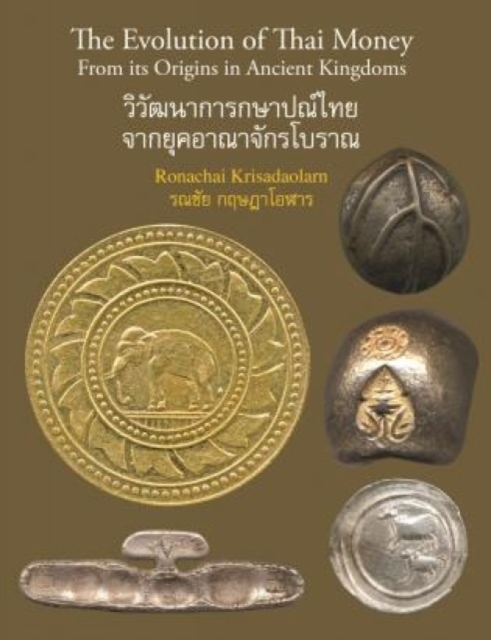 Evolution of Thai Money: From its Origins in Ancient Kingdoms Hardback

his book is the result of over 40 years of study of Thai money from its origins in the ancient kingdoms and empires starting with Funan up to the introduction of the modern decimal system of baht and satang.

It ends with the transition to flat coinage similar to that used today.

The author personally examined, photographed and weighed thousands of specimens, conducted hundreds of assays and obtained images from all over the world. AUTHOR: Ronachai Krisadaolarn (Ronald Jay Cristal) was born in Brooklyn in 1942.

After receiving degrees from Albany Law School, he arrived in Thailand in 1969 as an American Air Force Judge Advocate and later pursued a legal career in business law, becoming a Thai citizen in 1998.

One of the leading coin experts in Thailand, he has co-edited, authored or been a consultant on numerous books and exhibtions.