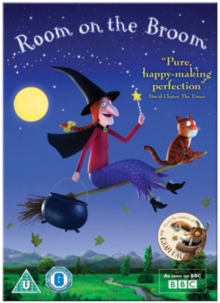 Room On the Broom DVD

Narrated by Simon Pegg, the film tells the story of a benevolent witch (voiced by Gillian Anderson) travelling on her broomstick who invites a variety of different animals to join her on her journey, much to the dismay of her cat (Rob Brydon). 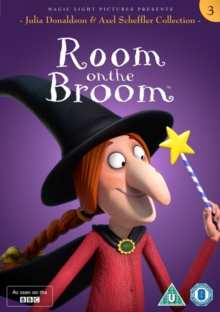 Room On the Broom