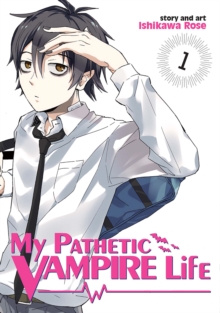 My Pathetic Vampire Life is a witty and hilarious ongoing manga series about a teenage boy who was turned into a vampire at the age of sixteen and is now doomed to repeat his sophomore year in high school again and again and again.

For fans of offbeat supernatural comedies like My Monster Secret and over the top vampire romps like Servamp comes a whole new type of vampire story. My Pathetic Vampire Life features delightful character designs and adorable artwork, and will be released as single volume books.

Each volume will include a full colour insert. Koide was turned into a vampire at the age of Sixteen - one hundred and thirty three years ago.

Now, poor Koide is trapped in an eternal loop of the same old homework, the same boring lectures and meaningless tests, and an ever unquenchable thirst for blood.

But his classmates this year seem a little different than ever before. They're thrilled to have a vampire in their midst, and are eager to do whatever they can to help.

Will "134" be Koide's lucky number or is that just wishful thinking? 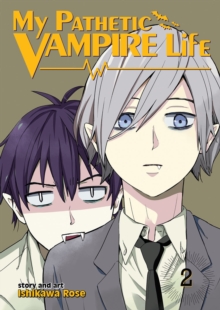