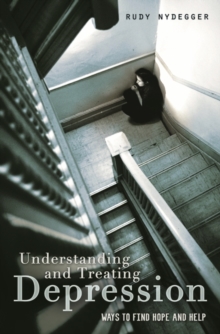 In any given year, 10 percent of the population - or about 21 million people - suffers from a depressive disorder.

Most do not seek professional help although the great majority could find relief with treatment. And that not only causes hundreds of thousands of dollars in economic costs annually from work slowdown and accidents to illnesses and suicides, the wider picture is that depression hurts not only the person at issue, but millions more who are family members or other loved ones.

The problem has become so pervasive yet often ignored that a major pharmaceutical company has launched commercials focused on informing the public that depression hurts, everywhere, and can surface not only as psychological aches but also physical pains and illness.

This book offers a one-stop source that explains the history, increasing incidence, diagnosis, costs, treatment, and many faces of depression across ages, gender, culture, ethnicity, socioeconomic group, and sexual identity. Every chapter includes vignettes and interviews to illustrate the topic and main points.

Treatment approaches and success rates are discussed, as are the meanings and myths applied to this common disorder.

Current and emerging research, and treatments on the horizon, are also spotlighted.