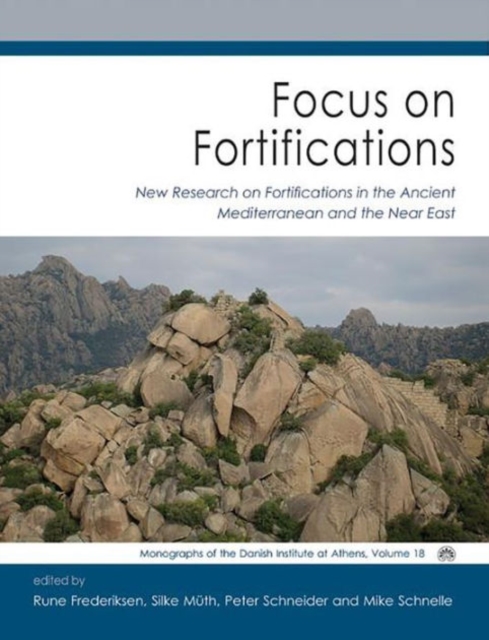 With a collection of 57 articles in English, French and German, presenting the most recent research on ancient fortifications, this book is the most substantial publication ever to have issued on the topic for many years.

While fortifications of the ancient cultures of the middle east and ancient Greek and Roman worlds were noticed by travellers and scholars from the very beginning of research on antiquity from the late 18th century onwards, the architectural, economic, logistical, political, urban and other social aspects of fortifications have been somewhat overlooked and underestimated by scholarship in the 20th century.

The book presents the research of a new generation of scholars who have been analysing those aspects of fortifications, many of them with years of experience in field-work on city walls.

Much new evidence and a fresh look at this important category of built structure is now made available, and the publication will be of interest not only to the field of ancient architecture, but also to other sub-disciplines of archaeology and ancient history. The papers were presented at a conference in Athens in December 2012, and they all present material and discuss topics under seven headings that represent the most central themes in the study of fortification in antiquity: the origins of fortification, physical surroundings and building technique, function and semantics, historical context, the fortification of regions and regionally confined phenomena, the fortifications of Athens and new field research. The book is Volume 2 in the new series Fokus Fortifikation Studies, created by the German based international research network Fokus Fortifikation.

The topics included have been identified by the network over many previous conferences and workshops as being the most important and as needing research and discussion beyond the network members.

Volume 1 in the series, Ancient Fortifications: a compendium of theory and practice (Oxbow Books) will also appear in 2015 and together the two volumes bring the field of fortification studies up-to-date and will be an essential resource for many years to come.