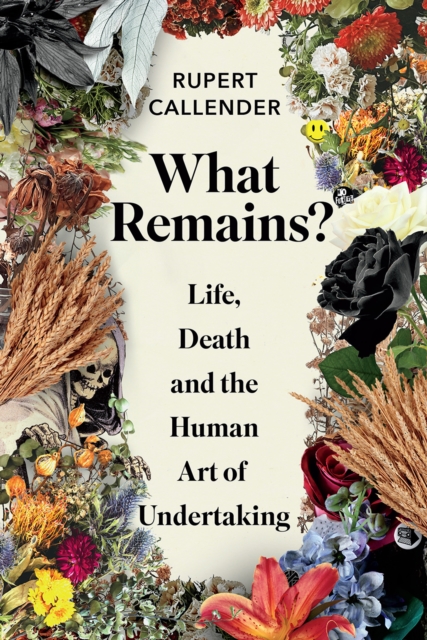 What Remains? : Life, Death and the Human Art of Undertaking Hardback

'This isn't a grisly book; it is sharp, angry, punchily philosophical and often funny.

It basically invents a new type of lifestyle aspiration: deathstyle.' The Times'Callender's joyous, thought-provoking book is an account of how his own early encounters with bereavement led to him becoming a new kind of undertaker.' Daily Mail'Part memoir, part rant against the traditional funeral business, part manifesto, part just musing on death and facing it with compassion and courage.

It's lovely and thoughtful and may make you rethink a few things.' The Guardian'This book is a great work of craft and beauty.' Salena Godden'This compelling personal story of a pioneering punk undertaker is a moving revelation.' Love Reading'Inspiring and unforgettable.' John Higgs, author of William Blake vs the WorldDeath has shown me...the unbreakable core of love and courage that lies at the heart of what it means to be human. Ru Callender wanted to become a pioneering undertaker in order to offer people a more honest experience than the stilted formality of traditional 'Victorian' funerals.

Driven by raw emotion and the unresolved grief of losing his own parents, Ru brought an outsider, 'DIY' ethos to the business of death, combined with the kinship and inspiration he found in rave culture, social outlaws and political nonconformists. Ru has carried coffins across windswept beaches, sat in pubs with caskets on beer-stained tables, helped children fire flaming arrows into their father's funeral pyre, turned modern occult rituals into performance art and, with the band members of the KLF, is building the People's Pyramid of bony bricks in Liverpool - all in the name of creating truly authentic experiences that celebrate those who are no longer here and those who remain. Radical, poignant, unflinchingly real and laugh-aloud funny, What Remains? will change the way you think about life, death and the human experience.