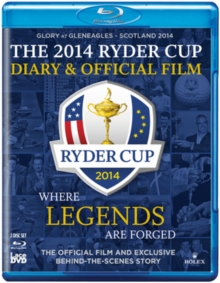 The 'Official Film' reviews the competition where there was no miracle required for Europe who, captained by Paul McGinley, swept aside Tom Watson's American team to retain the trophy. 'Captain's Diary' follows McGinley, his players and assistants throughout the tournament, providing their viewpoints as the team battle against tough opponents to obtain the win.