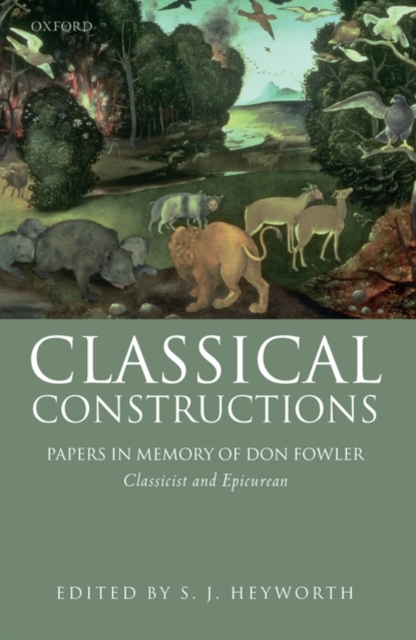 Classical Constructions is a collection of ground-breaking and scholarly papers on Latin literature by a number of distinguished Classicists, produced in memory of Don Fowler, who died in 1999 at the age of 46.

The authors were all inspired by the desire to commemorate a beloved colleague and friend and have produced papers of great freshness and insight. The essays, including that by Don Fowler himself, are much concerned with the reception of theclassical world, extending into the realms of modern philosophy, art history, and cultural studies. There are fundamental studies of Horace's style and Ovid's exile. The volume is unusual in the informality of the style of a number of pieces, and the openness with which the contributors have reminisced about thehonorand and reflected on his early death.