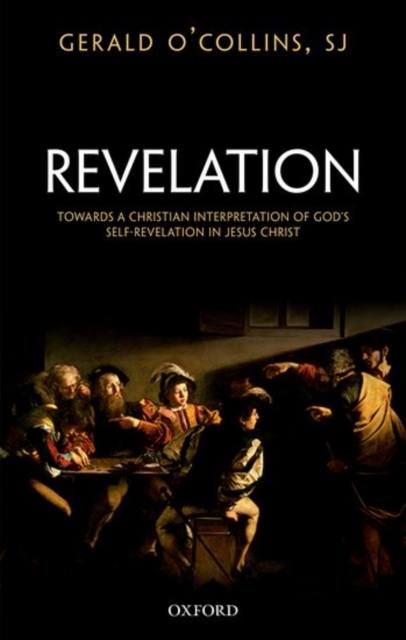 Revelation : Towards a Christian Interpretation of God's Self-Revelation in Jesus Christ Hardback

Since the late 1980s the theme of God's self-revelation has been treated only briefly in Christian theology, at times simply ignored, and often confused with biblical inspiration.

Revelation: Towards a Christian Theology of God's Self-Revelation lays out its basic characteristics, and begins by distinguishing between revelation in the primary sense (a living encounter with God's self-disclosure) and in the secondary sense (statements of faith derived fromthat encounter, or 'propositional' revelation).

It considers revelation as transforming and informing, as being 'sacramental' or mediated through words and deeds, as communicated through an endless variety of means and mediators, as related to but distinct from biblical inspiration and truth, and as reachingthose of 'other' faiths or of no faith at all. Gerald O'Collins skilfully distinguishes between past (or 'foundational') revelation, present (or 'dependent') revelation, and future (or 'eschatological') revelation.

He expounds with ecumenical sensitivity the complex relationship between tradition and scripture.

O'Collins moves into controversial areas by insisting that the divine self- revelation takes place only when received by human faith and that 'outside revelation there is no salvation (extra revelationem nulla salus').

This volumeoffers a coherent account of God's self-revelation, which can serve as a basis for all that follows in theology and for dialogue with those who follow 'other' living faiths or none at all. O'Collins extends and enriches what he has proposed in earlier books and articles about the characteristics ofGod's self-revelation.