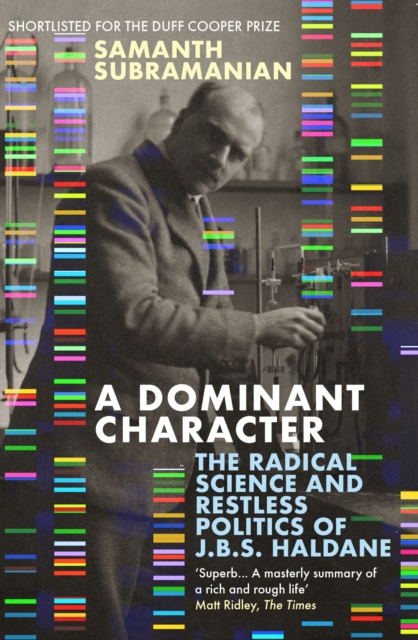 Book of the Year in The Economist, Guardian, New Statesman, Wall Street Journal and New York Times. Shortlisted for the Duff Cooper Prize, the Elizabeth Longford Prize for Historical Biography and the British Society for the History of Science Hughes Prize. 'A wonderful book about one of the most important, brilliant and flawed scientists of the 20th century.' Peter Frankopan'Superb' Matt Ridley, The Times'Fascinating...

He is best remembered as a geneticist who revolutionized our understanding of evolution, but his peers thought him a polymath; one student called him 'the last man who knew all there was to be known'. Beginning in the 1930s, Haldane was also a staunch Communist - a stance that enhanced his public profile, led him into trouble, and even drew suspicions that he was spying for the Soviets.

He wrote copiously on science and politics for the layman, in newspapers and magazines, and he gave speeches in town halls and on the radio, all of which made him, in his day, as famous in Britain as Einstein.

Arthur C. Clarke called Haldane 'the most brilliant science popularizer of his generation'.

He frequently narrated aspects of his life: of his childhood, as the son of a famous scientist; of his time in the trenches in the First World War and in Spain during the Civil War; of his experiments upon himself; of his secret research for the British Admiralty; of his final move to India, in 1957.

A Dominant Character unpacks Haldane's boisterous life in detail, and it examines the questions he raised about the intersections of genetics and politics - questions that resonate all the more strongly today.