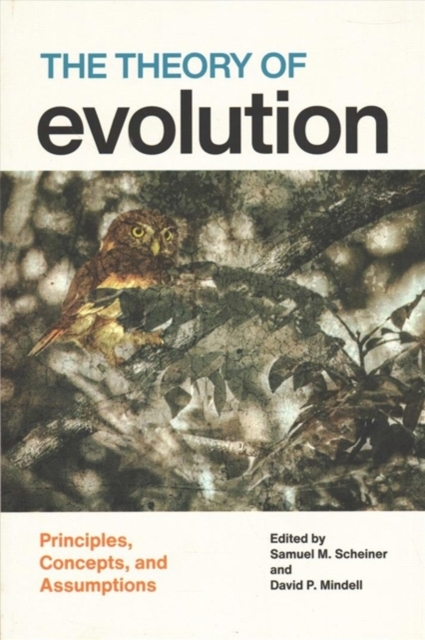 The Theory of Evolution : Principles, Concepts, and Assumptions Paperback / softback

Darwin's nineteenth-century writings laid the foundations for modern studies of evolution, and theoretical developments in the mid-twentieth century fostered the Modern Synthesis.

Since that time, a great deal of new biological knowledge has been generated, including details of the genetic code, lateral gene transfer, and developmental constraints.

Our improved understanding of these and many other phenomena have been working their way into evolutionary theory, changing it and improving its correspondence with evolution in nature. And while the study of evolution is thriving both as a basic science to understand the world and in its applications in agriculture, medicine, and public health, the broad scope of evolution--operating across genes, whole organisms, clades, and ecosystems--presents a significant challenge for researchers seeking to integrate abundant new data and content into a general theory of evolution. This book gives us that framework and synthesis for the twenty-first century.

The Theory of Evolution presents a series of chapters by experts seeking this integration by addressing the current state of affairs across numerous fields within evolutionary biology, ranging from biogeography to multilevel selection, speciation, and macroevolutionary theory.

By presenting current syntheses of evolution's theoretical foundations and their growth in light of new datasets and analyses, this collection will enhance future research and understanding.