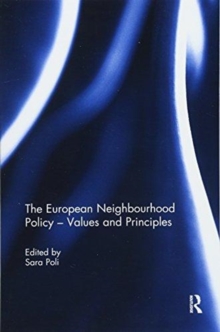 The European Neighbourhood Policy is a key part of the foreign policy of the European Union (EU), through which the EU works with its southern and eastern neighbours with a view to furthering its interests and achieving the closest possible degree of political association and economic integration.

It assesses to what extent the EU has been (and is) consistent in upholding its values in its relations with neighbouring countries, and examines how these values have been received by these countries.

The book looks in particular at the nature of EU-Russia relations, seeking to identify areas of common interest as well as those of actual and potential disagreement.