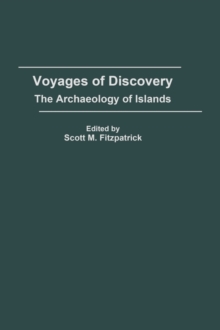 Voyages of Discovery : The Archaeology of Islands Hardback

Voyages of Discovery is the first major synthesis of island archaeological research worldwide.

The work brings together experts in the field who are concerned with analyzing islands and island societies from a variety of different archaeological and anthropological perspectives.

Major topics include interaction spheres, exchange, human impacts, and theoretical models. Over the past few decades there has been an increased interest in the archaeology of islands.

Archaeological approaches to studying islands and island societies have often mirrored those of biologists because islands are relatively isolated, contain unique species or remnant populations, have an impoverished terrestrial ecology, provide opportunities to investigate the effects of animals (e.g., humans) on ecosystems, lend themselves to manipulative experiments, and have implications for helping us understand environmental and social changes on a global level from a microcosmic view.

Although islands can be considered somewhat unique compared to mainland environments, environmental and cultural factors played important roles in how islands and islanders developed over time. The field of island archaeology contributes to understanding the fluid boundaries (both physical and mental) that existed for islanders prehistorically and how they adapted to their island world.

This book explores a wide range of issues including the impacts humans have had on island ecosystems, the intentional movement of goods, resources, and animals across vast distances, and ways in which archaeologists analyze islands and island societies methodologically and theoretically. 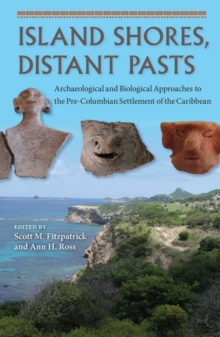