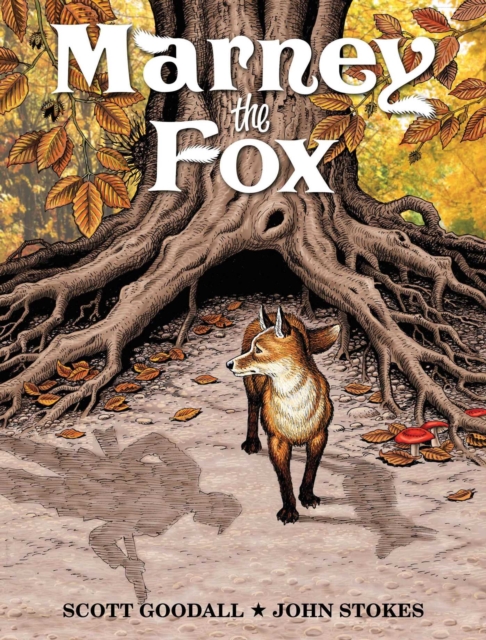 Marney the Fox is a Lassie-style tale of a lone fox up against wicked humans via Watership Down and Fantastic Mr Fox.

Written by the late M Scott Goodall and beautifully illustrated by John Stokes, Marney the Fox is a Tarka the Otter-style tale of a lone fox, channelling Lassie and The Fantastic Mr Fox along the way.

Marney is a young fox trying to survive against the odds, from dodging blood-thirsty humans to encountering other wild animals.

This is a beautifully illustrated story capturing the British countryside and wildlife in astonishing detail showcases Stokes' finest work, a masterpiece that has lain un-reprinted for decades and makes an ideal children's book and early Christmas present. * This extraordinarily beautiful book is a lost classic from children's literature and makes a perfect Christmas gift. * There is no other children's graphic novel like it, for its breathtaking rendition of the English countryside and the moving story that owes nods to Tarka the Otter in its sensitive portrayal of animals. * Never before collected. * From the new Treasury of British Comics list from Rebellion, highlighting classic British comics.