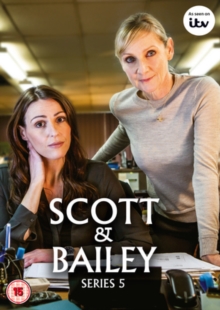 All three episodes from the fifth series of the ITV detective drama.

In this series, Manchester homicide detectives Janet Scott (Lesley Sharp) and Rachel Bailey (Suranne Jones) investigate a serial killer who is leaving clues at the scene of the crime and posting footage of the murders online.

In her new role as acting DI, Rachel leads a team investigating the darknet where it seems a network of killers is operating out of sight.

Will they be able to expose the killers' true identities before they corner many more victims?