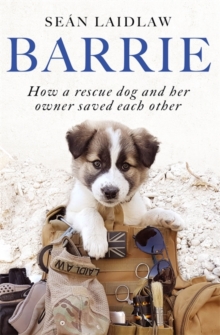 Barrie : How a rescue dog and her owner saved each other Paperback / softback

The remarkable true story that became a viral news sensation. Former Royal Engineer Sean Laidlaw was working as a bomb disposal expert in Syria when he heard whimpering from the rubble of a school that had exploded and collapsed.

Upon further inspection he found that the source of the noise was a tiny, abandoned puppy, surrounded by her four dead siblings.

A terrified Barrie initially rejected Sean's advances - but he refused to give up.

He made sure she was safe and brought her food and drink, and cordoned off the area to ensure it was safe from explosives.

After a few days Barrie grew to trust Sean and eventually the two became inseparable in the three months he was in Syria. Sean had to return to the UK, leaving Barrie behind.

When his contract wasn't renewed he knew he had to bring Barrie home.

The two created an unbreakable bond and they were reunited in emotional scenes that have made headlines all over the world.

Sean credits Barrie with helping him with his PTSD and their story is a powerful reminder of the incredible bond that dogs and humans have, and how both can save the other. 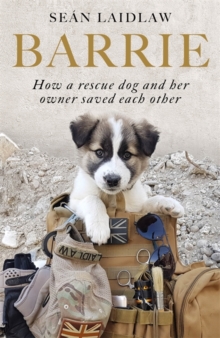 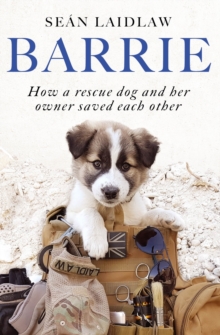