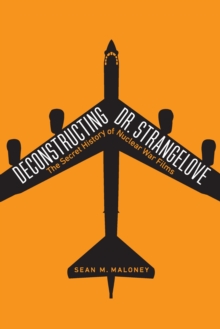 The 1964 comedy film Dr. Strangelove, or: How I Learned to Stop Worrying and Love the Bomb has achieved cult and now iconic status in popular culture.

It is also the flagship of an entire genre of Cold War nuclear crisis films, which is employed in numerous academic disciplines to depict what many view as the prime absurdity of the Cold War: nuclear deterrence and its possible failure.

The films of the Cold War nuclear crisis genre are regularly used by educators to illustrate nuclear warfare theories of the time.

However, the further we get away from those dangerous years, the more art takes over from life/history/reality. There were (and remain) layers of absurdity in places like the RAND Corporation and in other "think tanks." However, those who also served should get their due. And Dr. Strangelove does not give it to them. Dr. Strangelove, Fail-Safe, The Bedford Incident, and others are about the internal and external failures of the deterrent system.

That system did not fail in real life. Why is that? How is that? Can we use Dr. Strangelove and related films as vehicles to help us understand the answers to those questions?

What was really going on in that secretive world? Answering those questions was impossible in the 1970s.

Years after the end of the Cold War, we have much better insight. And now we can know.