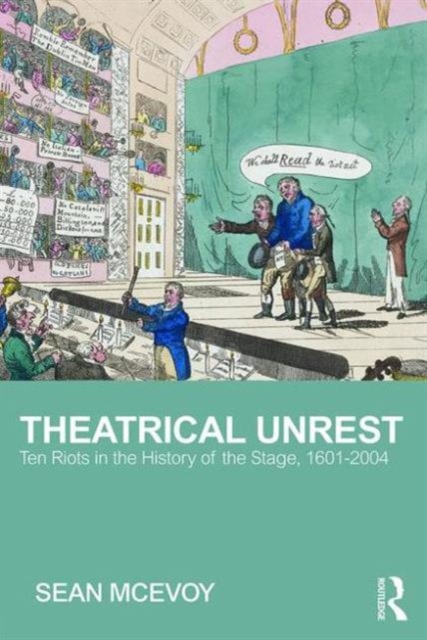 Theatrical Unrest : Ten Riots in the History of the Stage, 1601-2004 Paperback / softback

Shortlisted for the 2017 Theatre Book PrizeWhat is it about theatre, compared to other kinds of cultural representation, which provokes such a powerful reaction?

Theatrical Unrest tells the compelling tales of ten riots whose cause lies on stage.

It looks at the intensity and evanescence of the live event and asks whether theatre shares its unrepeatable quality with history. Tracing episodes of unrest in theatrical history from an Elizabethan uprising over Shakespeare's Richard II to Sikhs in revolt at Gurpreet Kaur Bhatti's Behzti, Sean McEvoy chronicles a selection of extreme public responses to this inflammatory art form.

Each chapter provides a useful overview of the structure and documentation of one particular event, juxtaposing eyewitness accounts with newspaper reports and other contemporary narratives.

Theatrical Unrest is an absorbing account of the explosive impact of performance, and an essential read for anyone interested in theatre's often violent history.