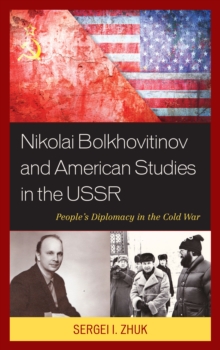 Nikolai Bolkhovitinov and American Studies in the USSR : People's Diplomacy in the Cold War Hardback

by Sergei I. Zhuk

This study is an intellectual biography of Nikolai N.

Bolkhovitinov (1930-2008), the prominent Soviet historian who was a pioneering scholar of US history and US-Russian relations.

Alongside the personal history of Bolkhovitinov, this study also examines the broader social, cultural, and intellectual developments within the Americanist scholarly community in Soviet and post-Soviet Russia.

Using archival documents, numerous studies by Russian and Ukrainian Americanists, various periodicals, personal correspondence, diaries, and more than one hundred interviews, it demonstrates how concepts, genealogies, and images of modernity shaped a national self-perception of the intellectual elites in both nations during the Cold War.

Also by Sergei I. Zhuk 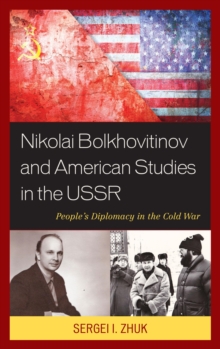