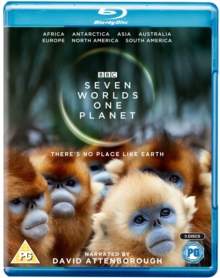 All seven episodes of the BBC natural history documentary, narrated by David Attenborough, which examines wildlife inhabiting each of the Earth's seven continents.

The series explores the diversity of each continent's wildlife and how they survive in their unique environments, from the jungles and deserts of Africa to the hostile ice of Antarctica.