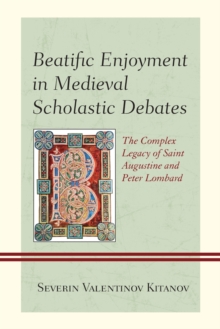 Beatific Enjoyment in Medieval Scholastic Debates examines the religious concept of enjoyment as discussed by scholastic theologians in the Latin Middle Ages.

Severin Kitanov argues that central to the concept of beatific enjoyment (fruitio beatifica) is the distinction between the terms enjoyment and use (frui et uti) found in Saint Augustine's treatise On Christian Learning.

Peter Lombard, a twelfth-century Italian theologian, chose the enjoyment of God to serve as an opening topic of his Sentences and thereby set in motion an enduring scholastic discourse.

Bringing together Christian theological and Aristotelian scientific and philosophical approaches to enjoyment, Kitanov exposes the intricacy of the discourse and makes it intelligible for both students and scholars. 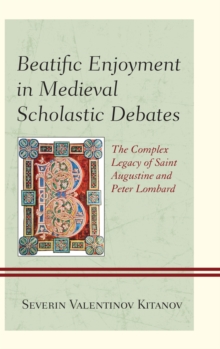