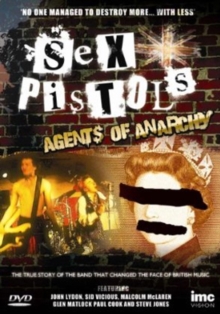 The film includes interviews with John Lydon, Malcolm McLaren, Paul Cook, Glen Matlock and Steve Jones as well as live performances of the band's best-known songs including 'God Save the Queen', 'Pretty Vacant', 'No Fun' and 'Anarchy in the UK'.