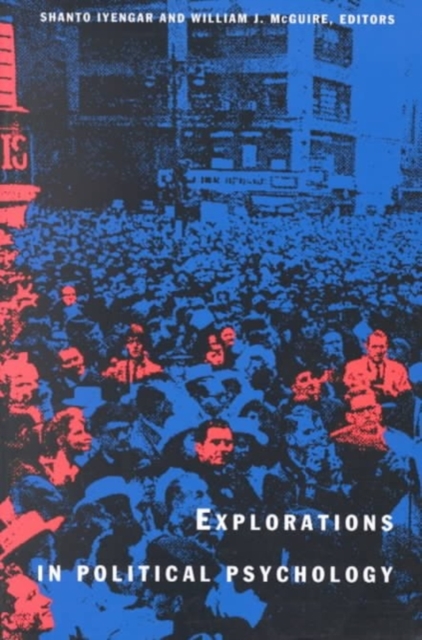 Part of the Duke Studies in Political Psychology series

Mapping the territory where political science and psychology intersect, Explorations in Political Psychology offers a broad overview of the the field of political psychology-from itshistorical evolution as an area of inquiry to the rich and eclectic array of theories, concepts, and methods that mark it as an emerging discipline. In introductory essays, editors Shanto Iyengar and William J.

McGuire identify the points of exchange between the disciplines represented and discuss the issues that make up the subfields of political psychology.

Bringing together leading scholars from social psychology and political science, the following sections discuss attitude research (the study of political attitudes and opinions); cognition and information-processing (the relationship between the structures of human information-processing and political and policy preferences); and decision making (how people make decisions about political preferences). As a comprehensive introduction to a growing field of interdisciplinary concern, Explorations in Political Psychology will prove a useful guide for historians, social psychologists, and political scientists with an interest in individual political behavior.Contributors. Stephen Ansolabehere, Donald Granberg, Shanto Iyengar, Robert Jervis, Milton Lodge, Roger D.