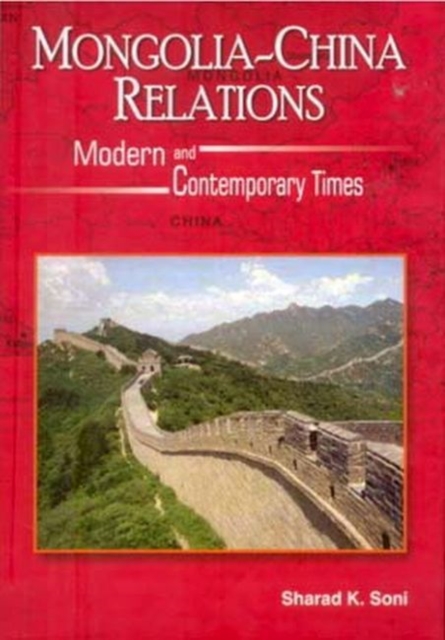 Due to its geographical location between Russia and China.

Mongolia has always been of strategic importance to both of its two giant neighbours.

In particular, its relations with China have deep historical roots as throughout recorded history nomadic Mongols and sedentary Chinese interacted constantly.

The Mongol conquest of the Eurasian continent in the thirteenth century and establishment of the Mongol Yuan dynasty in china brought the two peoples close together.

This book not only traces the historical roots of Mongolia-China relations but also analyses the extent and pattern of the diverse relations between the two countries in the modern and contemporary times.

It examines various circumstances leading to incorporation of Inner Mongolia into China as an autonomous region.

The book also brings to focus the shift in Moscow's China policy following Gorbachev's Vladivostok initiative and its positive impact on the normalization of Mongolia-China relations, thus throwing fresh light on post-socialist Mongolia's security concerns in the new geo-strategic set up.