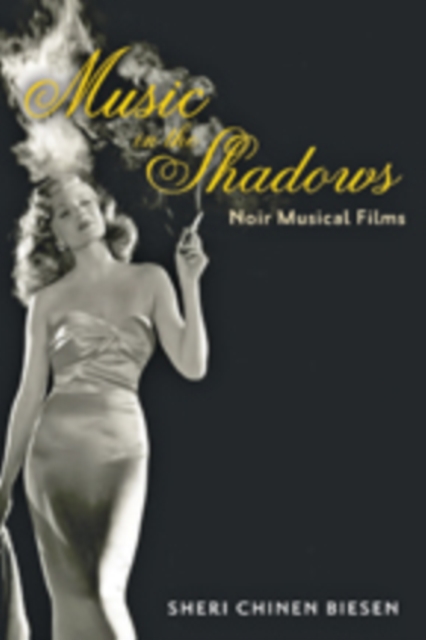 Smoke. Shadows. Moody strains of jazz. Welcome to the world of "noir musical" films, where tormented antiheroes and hard-boiled musicians battle obsession and struggle with their music and ill-fated love triangles.

Sultry divas dance and sing the blues in shrouded nightclubs.

Romantic intrigue clashes with backstage careers. In her pioneering study, Music in the Shadows, film noir expert Sheri Chinen Biesen explores musical films that use film noir style and bluesy strains of jazz to inhabit a disturbing underworld and reveal the dark side of fame and the American Dream.

While noir musical films like A Star Is Born include musical performances, their bleak tone and expressionistic aesthetic more closely resemble the visual style of film noir.

Their narratives unfold behind a stark noir lens: distorted, erratic angles and imbalanced hand-held shots allow the audience to experience a tortured, disillusioned perspective. While many musicals glamorize the quest for the spotlight in Hollywood's star factory, brooding noir musical films such as Blues in the Night, Gilda, The Red Shoes, West Side Story, and Round Midnight stretch the boundaries of film noir and the musical as film genres collide.

As in her earlier study of film noir, Blackout: World War II and the Origins of Film Noir, Biesen draws on extensive primary research in studio archives to situate her examination within a historical, industrial, and cultural context.