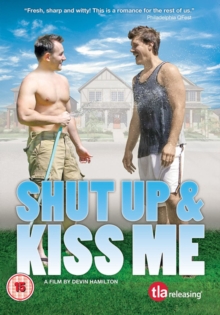 Shut Up and Kiss Me DVD

Devin Hamilton directs this comedy about a 35-year-old singleton who braves the world of gay-dating as he searches for 'Mr Right'.

Egged on by his straight friends, lonely heart Ben (Ronnie Kerr) embarks on a crash course of dating that soon has him despairing that he'll ever find his ideal match.

But as luck would have it, he soon realises he has the hots for Grey (Scott Gabelein), a jogger who passes by each morning while Ben is watering his front lawn.

After finally plucking up the courage to speak to Grey, Ben discovers there's an instant chemistry between them.

There's only one problem, however, Ben wants a monogamous relationship, and Grey has some serious committment issues.