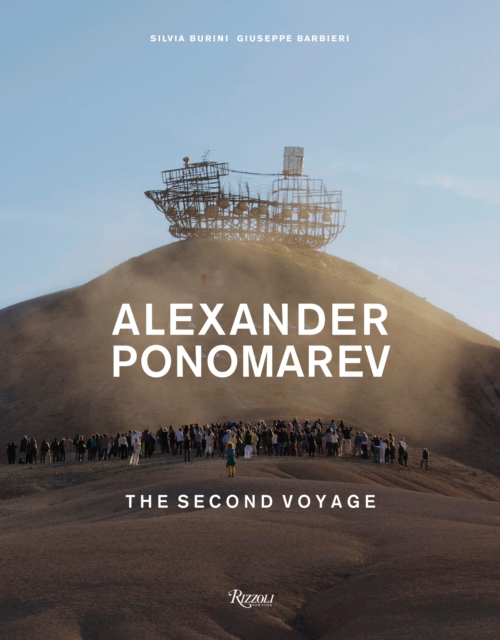 Alexander Ponomarev is one of Russia s most widely known contemporary artists, renowned both at home and abroad.

In 2014, he was featured in Time magazine as one of the 100 Leading Global Thinkers thanks to the vast range of devices he employs to express his ideas, such as drawings, vast, complex installations, and a variety of technologies.

He also captures some of the planet s most extreme and least accessible landscapes, symbolizing what he views as a world that is culturally and morally adrift. The themes he tackles are those he considers of critical relevance to today s world: the rapport between science and art, the exploration of the Arctic and Antarctic, the retrieval of ancient engineering traditions vs. today s advanced technologies, and the crucial and urgent issue of climate change.

The volume includes two ample introductory essays describing his position in the Russian context of art production over the twentieth and twenty-first centuries and his roots in the artistic and humanist culture of the early modern era (Vitruvius, Leonardo, Titian, and the major geographical explorations, etc.).