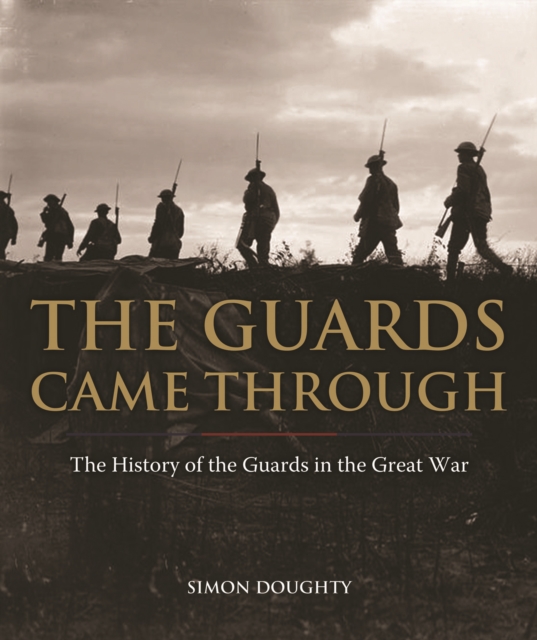 The Guards Came Through : An Illustrated History of the Guards in the Great War Hardback

An illustrated account of the Household Cavalry and Foot Guards in The Great War. The story of the Guards in the First World War epitomises the shattering historical significance of the conflict.

These elite regiments fought in every major engagement on the Western Front - Mons, Loos, the Aisne, the Somme, Passchendaele - and sustained incalculable losses.

Whole divisions were wiped out, and new regiments created.

Cavalrymen spent the war behind machine-guns while their horses remained tethered and terrified. Simon Doughty's account is the first truly comprehensive record of the regiments' contribution to the war, describing every action in which they participated and tracing the complex history of their formation and dissolution.

Rare extracts from regimental publications and arresting photography - much of which is published here for the first time - bring us close to the stories of famous figures such as Kipling, Julian Grenfell and Harold Macmillan, but also introduce us to the unknown private soldiers, all of whom were awarded the special rank of Guardsman by a grateful King George V after the War. As eminent historian Sir Michael Howard's introduction makes clear, the experience of the Guards is a peculiarly poignant tale within the wider narrative of the War.

Amid the series of centenary commemorations, it is a story that needs to be told.