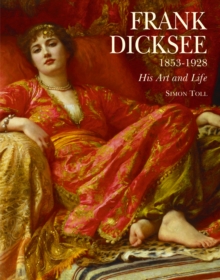 Frank Dicksee was born at a time when the first wave of Pre-Raphaelitism was beginning to make its presence felt in Britain and he inherited the romantic spirit of the movement that had been founded only a stone's throw from his childhood home.

After early success with his painting of unrequited love, Harmony, he rose to be one of the most popular artists of the late 19th-century, painting in a sumptuous and dramatic style. Dicksee's family was a veritable dynasty of artists but it is Frank who is best known and loved today for his Pre-Raphaelite inspired subjects.

He includes a catalogue raisonnee and illustrates almost 300 pictures, many of which are previously unpublished.