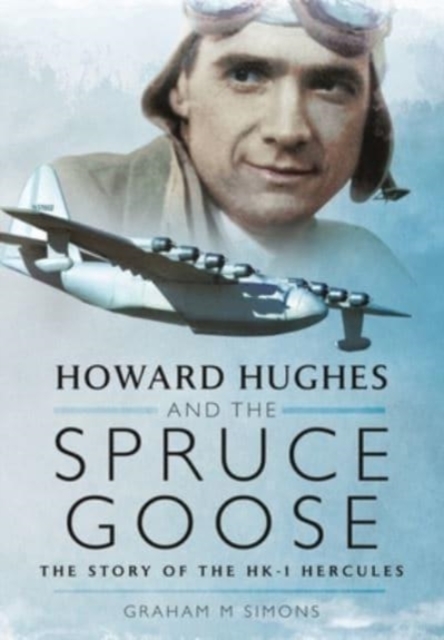 Howard Hughes and the Spruce Goose : The Story of the HK-1 Hercules Paperback / softback

Howard Hughes' life ambition was to make a significant contribution to the field of aviation development.

But the monumental folly of his endeavours on the HK-I Hercules meant that he came to be known and remembered to a great extent for all the wrong reasons.

The 'Spruce Goose' (a name Hughes detested) became a product of his wild fixation on perfection and scale.

Once completed, it was the largest flying machine ever built.

Its wingspan of 320 feet remains the largest in history.

Yet it only completed one flight; flying for a mile on its maiden voyage above Long Beach Harbour, before being consigned to the history books as a failure. Experienced author Graham M. Simons turns his attention to the production process that saw this colossus take shape.

In words and images, all aspects of this process are illustrated.

We have shots taken during the initial design period, images of the craft under construction, and photographs taken at the test flights.

In addition, Simons has been gifted access to the highly prized and rarely seen aircraft manual produced for the aircraft, content from which has been extracted and used to supplement the narrative. The book goes on to explore the political issues that sprung up as a result of Hughes' endeavours, looking into the Senate War Investigations Committee's findings which explored the extent to which government funds had been utilised in the development and construction of the flying boat, adding a whole new layer of controversy to the proceedings.