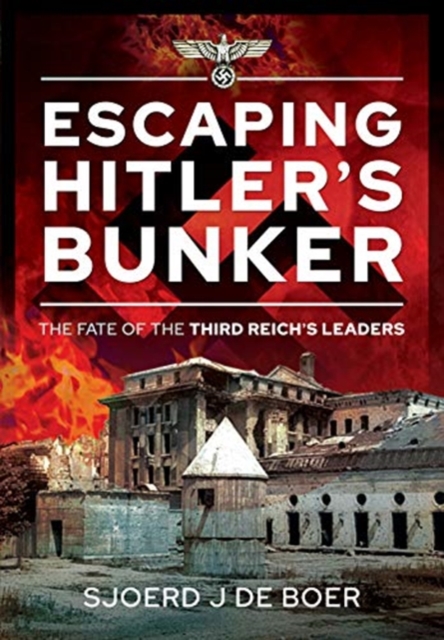 As the Soviet troops fought their way ever closer to the Reich Chancellery in the final days of the Third Reich, deep underground in Hitler's bunker fateful decisions were being made.

Hitler and some of those closest to him resolved to commit suicide, whilst others sought to try and escape.

But who did manage to slip past the Russian soldiers and reach freedom?

How did they escape, and what routes did they take through the ruined streets of Berlin?

Equally, what became of those who escaped, where did they go, and what happened to those who did not get away?All of these questions are answered in this book.

Following years of research in Berlin, the author has been able to identify the various groups and individuals that left the bunker and has traced the paths taken by those who escaped and those that perished. The final days in Hitler's bunker are revealed in atmospheric detail, as the Red Army closed in and the inevitable end loomed menacingly nearer with the passing of every hour.

Many notable persons, such as Bormann, Speer, Goering and Hanna Reitsch, went to say a last farewell to the Fuhrer, while others, such as Goebbels, prepared themselves for suicide rather than being taken prisoner by the Russians. By using first-hand testimony from those who survived, photographs of the devastated German capital in 1945, as well as images of the various routes that the escapers followed through Berlin as they appear today, the author explores the last moments of the Third Reich in startling clarity.