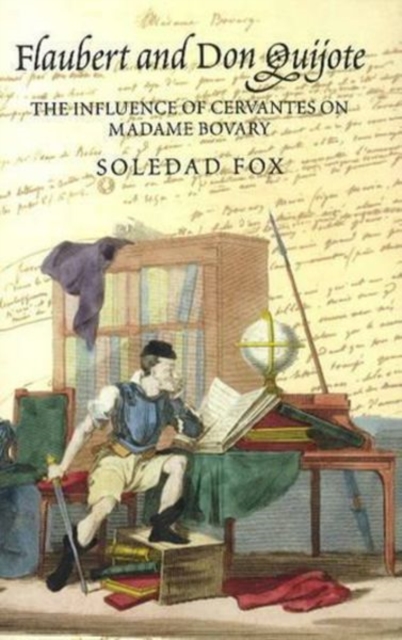 This book tells the story of how Flauberts admiration for Cervantes Don Quijote unfolded, and how profoundly it shaped and influenced Flauberts ambition and his approach to all his major works, beginning with his breakthrough novel Madame Bovary.

It thus fills a major gap in the history of the novel and explores, for the first time, just what Flaubert meant when he said, while writing Bovary: "Je retrouve toutes mes origins dans le livre que je savais par coeur avant de savoir lire, Don Quichotte" (I can trace all my origins back to the book I knew by heart...). Several cultural and personal factors converged to establish the prominent place of Don Quijote in Flauberts imagination, and these are dealt with in depth in the book.

But it is the profound parallels between the two novels that clearly illustrate how Don Quijote permeates Madame Bovary in both subject and approach.

One such parallel is Alonso Quijano and Emma Bovarys desire to imitate fiction, which reflects a kind of literary madness in which the attempt to impose the narrative conventions of romances on life only leads hero and heroine, respectively, to destruction, disappointment, and ultimately death. The borrowings and the transpositions are substantial and endless; and indeed the influence did not stop at Bovary, for Flauberts later grands romans, including the rewritten Education Sentimentale and Bouvard et Pecuchet, also display the quixotic hallmark.

This study situates each author in his respective historical and aesthetic context, and provides key examples from Don Quijote and Madame Bovary, Flauberts Correspondence, as well as his earlier novels.

Flauberts letters and novels show how the French author penetrated deeply into Cervantes novelistic approach and how his relationship to Don Quijote directly shaped his success at the crux of his career.