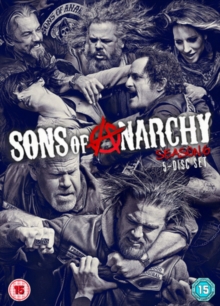 All 13 episodes from the sixth season of the US biker drama.

In this season, Jax (Charlie Hunnam) assumes leadership of the gang following some underhand manoeuvring, but faces a number of challenges as he tries to rebuild the club and avoid past misdeeds catching up to him.