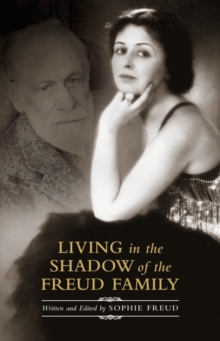 Living in the Shadow of the Freud Family Hardback

I had to do something to escape Hitler's clutches, writes Esti Freud.

Yet she waits with her then-16-year-old daughter, Sophie in Paris until German canons can be heard in the distance before deciding to escape by bicycle across France, as Sophie keeps looking back to see whether German tanks will overtake them.

Both women survive and, in their own ways, come to feel a need to keep a personal record of those tumultuous times.

Thus, in a memoir written at age 79, Esti Fraud, daughter-in-law of Sigmund Freud and wife of his oldest son, Martin, looks back on her life starting before the 20th century, lived on three continents, and stretched through two world wars and the Holocaust.

Twenty years after her mothers' death, daughter Sophie turned to Esti's memoir as the scaffold for this book, expanding it through family letters, archival material, and her own diary penned as a teenager.

Out of these documents, Sophie Freud has created a many-voiced mosaic, including letters and insights from a wide cast of characters who tell the story of a famous family-and of a century. This work gives an insider's, in-law view of the family Freud, its foundations, and flaws.

The relationship between Esti, daughter of a wealthy Vienna attorney and her husband Martin Freud is foreshadowed by the young lovers' fathers.

At first meeting Esti, Sigmund told his son the glamorous woman was too beautiful for the clan, meaning her splendor belied a lifestyle not conducive to the frugal Freud ways. And Esti's father, on hearing of her love for Martin, expressed regret she was involved with a man who was not a financially favorable linkage, and that his family was not respectable since patriarch Sigmund was just another psychiatrist, and one who writes pornography books at that.

Thus begins the ill-fated relationship that would rock two families and a generation of children to come.

Sophie weaves into the text letters she inherited, including letters from Martin while he was a prisoner of war, and excerpts from her own diary, kept as an adolescent.

The resulting mosaic will fascinate-and perhaps disturb-readers interested in Freud and psychoanalysis, as well as those intrigued by relationships and family. 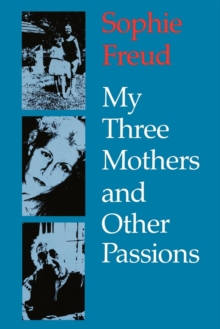 My Three Mothers and Other Passions