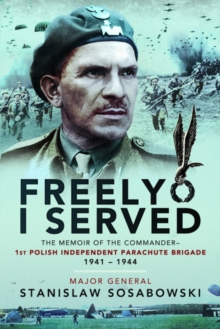 After seeing service with the Austrian Army in World War I, the author joined the newly created Polish Army in 1918\.

By September 1939 he was commanding 21st Infantry Regiment in the Battle of Warsaw against overwhelming German forces.

Taken prisoner, he escaped to join the Polish Army in France before evacuating to England. In 1941 he formed the First Polish Independent Parachute Brigade and trained and commanded it for the next three years.

While created for the liberation of Poland, the Brigade and the author parachuted into Arnhem in September 1944 and fought with great courage. His frank style and opinions resulted in major disagreements with his British senior officers such as Boy Browning and he was forced to resign. Freely I Served is both a personal memoir and a tribute to the many brave Polish soldiers who fought to regain their country from occupation.

An inspiring and revealing book. 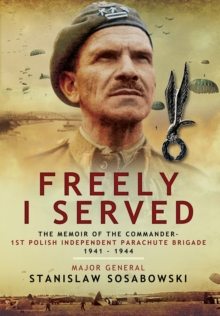