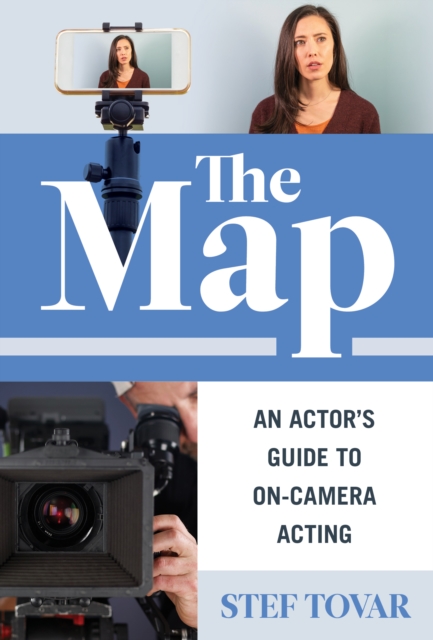 The Map : An Actor's Guide to On-Camera Acting Paperback / softback

The Map: An Actors' Guide to On-Camera Acting teaches on-camera acting in a practical yet technical way, helping new actors understand the "foreign language" of being on camera and apply that language to their acting skills.

The book gives actors a step-by-step technique on how to audition for on-camera acting jobs and what to do on set after booking them. Told from the perspective of a day player, this guide offers a working actor's perspective on the industry.

Sharing stories from his experiences on set, the author tells aspiring actors what he wishes someone would have told him before walking on set for the first time.

The Map, in addition to teaching actors a solid on-camera acting technique, is a funny and encouraging perspective from an actor who takes a beginner's approach to what an actor can expect when just starting out. Many on-camera acting books are written by established movie stars and aren't geared toward actors in an undergraduate acting program or just starting to audition for on-camera jobs.

Stef Tovar shares with actors a proven on-camera audition technique, teaches them how to make the perfect self-tape, and prepares them for life on set-detailing the differences between working in the theater vs. working in television and film. The author peppers the text with his own stories from set as examples, including auditioning for Lee Daniels and working with Matt Damon, Steven Soderbergh, and many others.