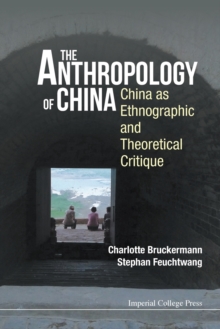 Anthropology Of China, The: China As Ethnographic And Theoretical Critique Paperback / softback

Putting China into the context of general anthropology offers novel insights into its history, culture and society.

Studies in the anthropology of China need to look outwards, to other anthropological areas, while at the same time, anthropologists specialised elsewhere cannot afford to ignore contributions from China.

This book introduces a number of key themes and in each case describes how the anthropology and ethnography of China relates to the surrounding theories and issues.

For the first time, ethnographic perspectives on China are contextualised in comparison with general anthropological debates.

Readers are invited to engage in and rethink China's place within the wider world, making it perfect for professional researchers and teachers of anthropology and Chinese history and society, and for advanced undergraduate and graduate study.