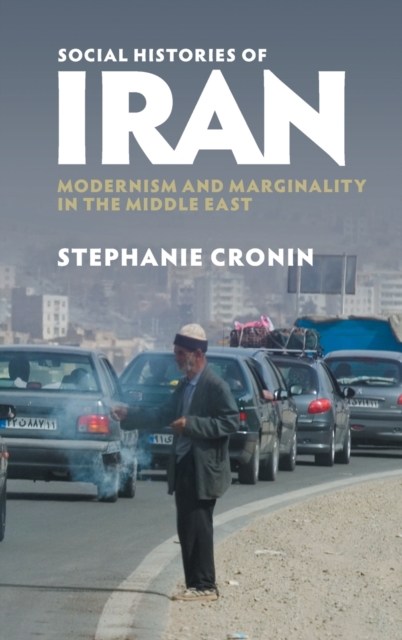 Social Histories of Iran : Modernism and Marginality in the Middle East Hardback

by Stephanie (University of Oxford) Cronin

Histories of Iran, as of the wider Middle East, have been dominated by the twin narratives of top-down modernization and methodological nationalism.

In this book, Stephanie Cronin problematizes both of these narratives.

Its attention is firmly fixed on subaltern social groups: the 'dangerous classes' and their constructed contrast with the new and avowedly modern bourgeois elite created by the infant Pahlavi state; the hungry poor pitted against the deregulation and globalization of the late nineteenth century Iranian economy; rural criminals of every variety, bandits, smugglers and pirates, and the profoundly ambiguous attitudes towards them of the communities from which they came.

In foregrounding these groups, the book also seeks to move beyond a narrow national context, demonstrating, through a series of case-studies, the explanatory power of global, transnational and comparative approaches to the study of the social history of the Middle East.