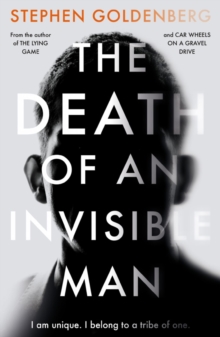 The Death of an Invisible Man Paperback / softback

"I am unique. I belong to a tribe of one." So says Hare Yehuda Felatu at the opening of his autobiography.

Born in 1930, his mother was a Welsh Jewish socialist intellectual, his father a New Zealand Maori All-black rugby star.

He goes on to give an account of his remarkable (if 'invisible') life: from being part of the bohemian set in Soho's Colony Room in the 1950s, where he became a friend, model and part-time bodyguard to Francis Bacon to working for the Kray Twins in the 60s and being befriended in the 1970s and 80s by the likes of Lord Boothby, Princess Margaret and members of Margaret Thatcher's government. So, how does he end up lying dead on a London street in 2001?

Becky Stone, a young researcher, becomes obsessed with Felatu, partly because he happened to die around the corner from where she lives, but mostly because she is researching 1950s bohemian Soho for an exhibition. And so, she begins her own investigation into his murder, during which she meets the mysterious David Reznikoff, the only person left who had known Felatu since the 1950s.

Through him, she discovers the manuscript of Felatu's autobiography. Will it reveal clues as to who murdered him and why?