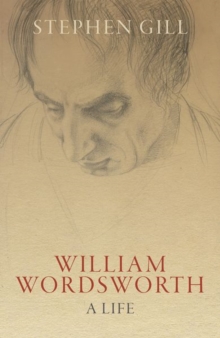 In this second edition of William Wordsworth: A Life, Stephen Gill draws on knowledge of the poet's creative practices and his reputation and influence in his life-time and beyond.

Refusing to treat the poet's later years as of little interest, this biography presents a narrative of the whole of Wordsworth's long life-1770 to 1850-tracing the development from the adventurous youth who alone of the great Romantic poets saw life in revolutionary France tothe old man who became Queen Victoria's Poet Laureate.

The various phases of Wordsworth's life are explored with a not uncritical sympathy; the narrative brings out the courage he and his wife and family were called upon to show as they crafted the life they wanted to lead.

While the emphasis is on Wordsworth the writer, the personal relationships that nourished his creativity are fully treated, as are the historical circumstances that affected the production of his poetry.

He did, buthe also took pains over every detail of the process of publication.

The foundation of this second edition of the biography remains, as it was of the first, a conviction that Wordsworth's poetry, which has given pleasure and comfort to generations of readers in the past, will continue to do so in theyears to come.