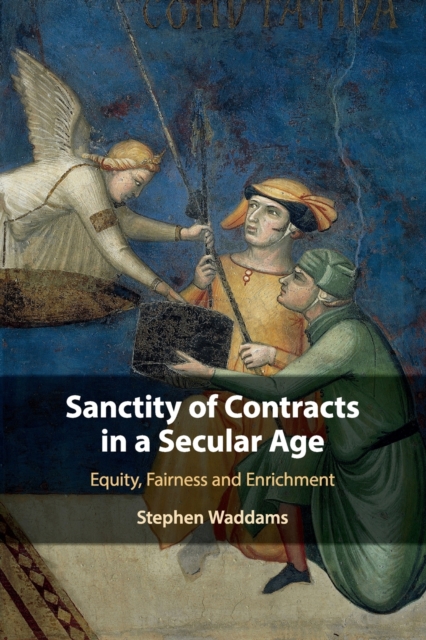 Sanctity of Contracts in a Secular Age : Equity, Fairness and Enrichment Paperback / softback

by Stephen (University of Toronto) Waddams

The phrase 'sanctity of contracts' implies that contracts should always be strictly enforced.

But when this objective is relentlessly implemented ruinous burdens are sometimes imposed on one party and extravagant enrichments conferred on the other.

In the computer age assent may be inferred from a click on a screen in the absence of any real agreement to the terms, which are often very burdensome to the user.

In this book, arguments are advanced in favour of recognition of a general judicial power to relieve against highly unreasonable contracts, not only for the benefit of the disadvantaged party, but for the avoidance of unjust enrichment, and for the avoidance of anomalous gaps in the law.