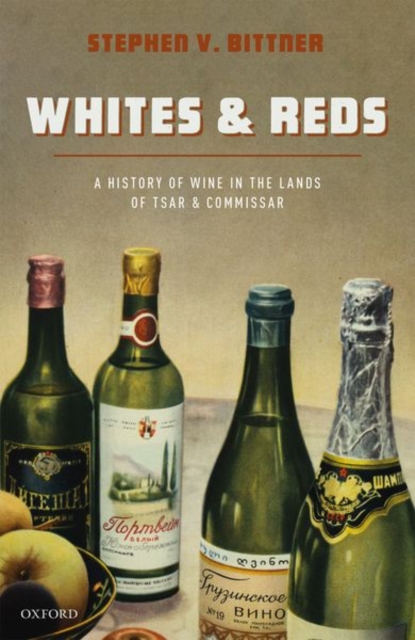 Whites and Reds : A History of Wine in the Lands of Tsar and Commissar Hardback

Whites and Reds: A History of Wine in the Lands of Tsar and Commissar tells the story of Russia's encounter with viniculture and winemaking.

Rooted in the early-seventeenth century, embraced by Peter the Great, and then magnified many times over by the annexation of the indigenous wine economies and cultures of Georgia, Crimea, and Moldova in the late-eighteenth and early-nineteenth centuries, viniculture and winemaking became an important indicator ofRussia's place at the European table.

While the Russian Revolution in 1917 left many of the empire's vineyards and wineries in ruins, it did not alter the political and cultural meanings attached to wine.

Stalin himself embraced champagne as part of the good life of socialism, and the Soviet Union became awinemaking superpower in its own right, trailing only Spain, Italy, and France in the volume of its production. Whites and Reds illuminates the ideas, controversies, political alliances, technologies, business practices, international networks, and, of course, the growers, vintners, connoisseurs, and consumers who shaped the history of wine in the Russian Empire and the Soviet Union over more than two centuries. Because wine was domesticated by virtue of imperialism, its history reveals many of the instabilities and peculiarities of the Russian and Soviet empires.

Over two centuries, theproduction and consumption patterns of peripheral territories near the Black Sea and in the Caucasus became a hallmark of Russian and Soviet civilizational identity and cultural refinement.

Wine in Russia was always more than something to drink.