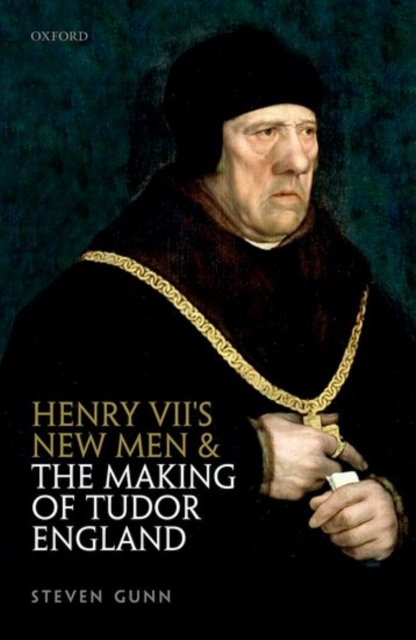 The reign of Henry VII is important but mysterious.

He ended the Wars of the Roses and laid the foundations for the strong governments of Henry VIII and Elizabeth I.

Yet his style of rule was unconventional and at times oppressive.

At the heart of his regime stood his new men, low-born ministers with legal, financial, political, and military skills who enforced the king's will and in the process built their own careers and their families' fortunes.

Some are wellknown, like Sir Edward Poynings, governor of Ireland, or Empson and Dudley, executed to buy popularity for the young Henry VIII.

Others are less famous. Sir Robert Southwell was the king's chief auditor, Sir Andrew Windsor the keeper of the king's wardrobe, Sir Thomas Lovell, the Chancellor of theExchequer so trusted by Henry that he was allowed to employ the former Yorkist pretender Lambert Simnel as his household falconer.

Some paved the way to glory for their relatives. Sir Thomas Brandon, master of the horse, was the uncle of Henry VIII's favourite Charles Brandon, duke of Suffolk.

Sir Henry Wyatt, keeper of the jewel house, was father to the poet Sir Thomas Wyatt.

This volume, based on extensive archival research, presents a kaleidoscopic portrait of the new men.

It analyses theoffices and relationships through which they exercised power and the ways they gained their wealth and spent it to sustain their new-found status.

It establishes their importance in the operation of Henry's government and, as their careers continued under his son, in the making of TudorEngland.