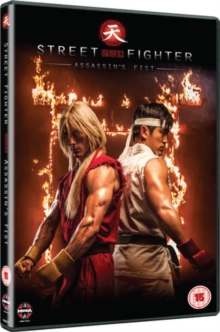 All 12 episodes from the first series of the action adventure starring Mike Moh, Christian Howard and Akira Koieyama.

Ryu and Ken (Moh and Howard) are, unbeknownst to them, the last practising warriors of the ancient fighting style known as Assassin's Fist.

As they come to terms with what rests on their shoulders they must battle their past and learn how to control their future.