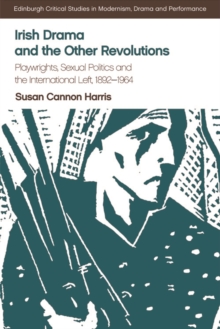 Irish Drama and the Other Revolutions : Playwrights, Sexual Politics and the International Left, 1892-1964 Hardback

Reveals the untold story of Irish drama's engagement with modernity's sexual and social revolutionsThe first modern Irish playwrights emerged in London in the 1890s, at the intersection of a rising international socialist movement and a new campaign for gender equality and sexual freedom.

Irish Drama and the Other Revolutions shows how Irish playwrights mediated between the sexual and the socialist revolutions, and traces their impact on left theatre in Europe and America from the 1890s to the 1960s.