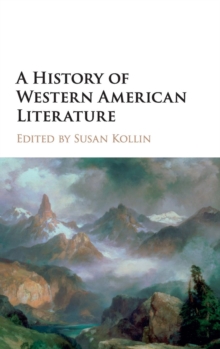 The American West is a complex region that has inspired generations of writers and artists.

Often portrayed as a quintessential landscape that symbolizes promise and progress for a developing nation, the American West is also a diverse space that has experienced conflicting and competing hopes and expectations.

While it is frequently imagined as a place enabling dreams of new beginnings for settler communities, it is likewise home to long-standing indigenous populations as well as many other ethnic and racial groups who have often produced different visions of the land.

Written by a host of leading historians and literary critics, this book offers readers insight into the West as a site that sustains canonical and emerging authors alike, and as a region that exceeds national boundaries in addressing long-standing global concerns and developments.