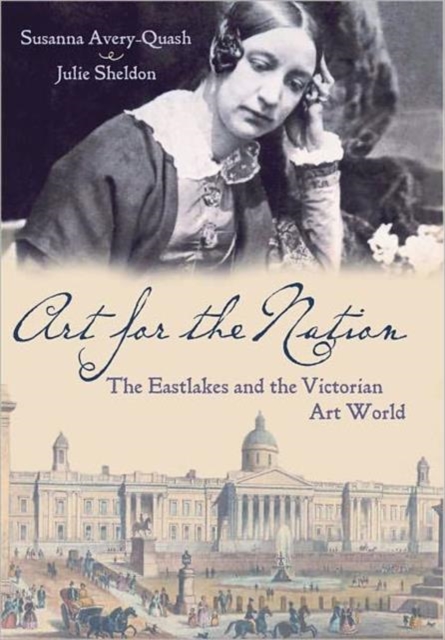 Art for the Nation : The Eastlakes and the Victorian Art World Hardback

As prominent members of the Victorian cultural and artistic world, Sir Charles and Lady Elizabeth Eastlake, along with their nephew Charles Locke Eastlake, enjoyed the friendship and support of influential figures including Prince Albert, Sir Thomas Lawrence, J.

M. W. Turner, and Sir Robert Peel. This fascinating original biography brings the unique personality of each of the Eastlakes into sharp focus while also exploring their important contributions during the early days of the National Gallery. Charles Eastlake, an artist and connoisseur, was chosen to be not only the President of the Royal Academy from 1850, but also the National Gallery's first Director in 1855.

With his capable wife, a literary critic and art historian in her own right, he traveled throughout Europe acquiring significant paintings for the Gallery and implementing important changes to their display and description.

Nephew Charles, an architect and popularizer of the Arts and Crafts style, was Keeper at the National Gallery from 1878 to 1898.

Art for the Nation tells the remarkable story of the Eastlake family's devotion to art and to the National Gallery during its crucial formative years.